He has clients on 6 continents in over 20 countries worldwide. He often coaches celebrities, professionals, executives, professional athletes and musicians.

He’s been featured on The Katie Couric Show, Lifetime TV and in other international media outlets.

He loves yoga and teaches it in Roseville, CA.

Hi. I’m Craig Perra and I know what you are going through.

Welcome to my online home. I’m honored that you’re here. I truly hope I can help you create the profound life change you seek.

My wife, Michelle, and I created The Mindful Habit System to empower people to create great lives and relationships, free of compulsive sexual behaviors.

We wanted, or rather, we needed to create an action oriented, goal centric, and structured alternative to traditional recovery models like talk therapy and 12 steps. Personally, I needed results in a big way. Because …

I struggled with compulsive sexual behavior since childhood.

I was also touched many times by an older neighborhood boy.

This had a powerful impact on me mentally, spiritually, and sexually. I now had two distinct parts of myself. The kind, successful, loving part – and a dark, angry, hypersexual insecure egomaniac junkie.

Despite these problems, I still managed to create a very successful career in business and law. I’ve served in leadership and executive roles at multi-billion $ U.S. Companies. I’ve been a leader in my community sitting on the Boards of Directors for Big Brothers/Big Sisters and The Boys & Girls Club and other local charities. I was even written up in local newspapers for my mentorship of an inner city child.

On the outside life was amazing.

I married my college sweetheart, Michelle, and we created an incredible life for ourselves. We had an adorable Pekingese named Chewey and made two beautiful children. We had everything we could possibly dream of, an amazing job, a big house, money, we went on nice vacations and had all the outward appearances of success.

Things got so bad, I lost a brand new six-figure executive job at a $1 billion U.S. company – not because they caught me doing anything, but because I wasn’t getting the job done. How could I? I was consumed with sex. I also almost lost Michelle, my wife, and my children – I hit rock bottom.

At my lowest point, I made the decision to kill myself when I stuffed my face into a pile of drugs hoping my heart would explode. I wanted the pain and failures to go away so badly. I loathed myself. Fortunately, I didn’t really want to end it and I obviously lived … but these were my darkest times.

Unemployed and broke, I was at my lowest point.

It was so bad I ultimately checked myself into an inpatient facility for help with my sexually compulsive behavior and drug use (you name it, I did it). My pattern of numbing, coping, and escaping was over.

The gig was up. The lies were exposed. The mask was ripped off. Everything came out.

I will never forget the pain I caused Michelle. And she was done. Michelle only stuck around to get me back on my feet since I was the primary bread winner … She had one foot practically out the door and started preparing for a life without me.

My family was falling apart and I destroyed it.

But hitting rock bottom did something to me. Getting fired was a powerful wake up call. Almost tearing apart my family was a punch in the face. I swore I would do everything in my power to save my marriage and keep my family together.

I got professional help. I starting seeing a counselor, who was a self declared sex addict – he also taught me alternatives to the traditional disease based recovery methods. And I started to heal in powerful ways.

I dedicated every fiber of my being to becoming that man I knew was inside.

I lost my job, but I was not surrendering my wife and kids.

I learned some powerful teachings that forever changed my life.

I consumed myself with the study of these two disciplines. I used all these tools to repair myself and my marriage started to improve dramatically.

And I wanted to help other people going through what I went through.

I was so sick and tired of being two people inside my mind and body – the nice, successful Craig, and the pervert Craig. I was sick and tired of the shame around this issue, and the secrets I carried with me for most of my life. At the time, it was difficult to find others who had been through this – especially couples. The whole experience was cloaked in shame and I wanted to do something about it.

My wife, Michelle, beat me to it when she started an anonymous blog about our journey, called Mishka – Wife of a Sex Addict. This blog contains some heavy stuff since it was initially written anonymously. It’s still hard for me to read some parts.

And that blog grew and grew and grew and before we knew it people were reaching out for help. Us? … We couldn’t believe it. People called us brave and inspirational. My wife was brave … I was just someone trying to pick up the pieces. I was blown away.

Then Michelle’s powerful blog caught the attention of the Anderson Cooper Show and she shared our story.

This is when we officially decided to stop being anonymous – knowing that it would help more people … and it helped us immensely. We communicated and connected in ways that we never knew imaginable.

And around this time the counselor I was seeing saw a gift in me. He saw how I had mastered the concepts and how I was helping others. He told me that I had to dedicate my life to helping people – that it was my calling.

I spent most of my grown up years in corporate America doing lawyerly things so initially, this was tough to swallow. But I soon I realized he was right. I did have a gift. Michelle had a gift. And by now 10s of thousands of people had listened to our podcast and read Michelle’s blog – we had touched people’s lives all over the world. It was awesome. It felt natural, and it felt right. I found my calling.

So Michelle and I got certified as professional coaches and we started empowering men, women, and couples all over the world – and the results were miraculous. We were blown away.

People had often come to me after they tried everything else . . . in-patient treatment, counseling, therapy and 12 Steps . . . and despite failure after failure before they created powerful results working with me. And the word continued to spread.

That’s When The Katie Couric Show called and we appeared together.

This had to be one of the most terrifying and powerful experiences of my life. I was so excited to share my journey and so scared over what people would say. I was so afraid of being judged in my community, by my family, and by my friends. Instead of being judged I was embraced … at least by the people I cared about. Here’s a video of us on the show.

I’m so proud of what we accomplished. But the truth is we were just getting warmed up.

Things exploded when I started to Feed The Right Wolf

It was founded by my now good friend Alex and check this out!!!! I became the first and only Official Coach for this site. I was now helping people on the exact same site that helped me. I still get choked up when I think about. This gave me an opportunity to share my message with more and more people …

My clients learned a lot, and I learned a lot too. Obsessed with results, I continued to refine and re-shape and tweak and test and refine all over again what is now called The Mindful Habit System.

I wanted to create an action oriented, goal centric, metrics driven modality with tools and exercises and structure. I knew I had to create a system or a blueprint that clients could implement in their lives that drove ongoing improvement. Here’s where a lot of my Executive experience came in very handy. The Japanese call this system Kaizen – continuous process improvement, and that’s what I did.

I built a powerful system that moves men forward fast.

And this excites me to no end. It just blows me away. And I did it with my wife by my side.

My life is amazing. I’ve worked one on one with me in 18 countries of all different ages and cultural and religious backgrounds (I work with men of all faiths).

And the results have transformed for my clients in ways well beyond not doing something. In addition to empowering men to break free of compulsive sexual behavior, and to save their relationships … I’ve had so many clients that completely transformed their lives – I’ve had clients lose over 100 lbs, double their income, get new jobs, start new careers, take up new hobbies, be better leaders, fathers, brothers, spiritual leaders, lovers, and friends.

And The Mindful Habit System has since changed thousands of lives.

I’m humbled and honored – every day I touch someone’s life and empower them to create healthy sexuality, to embrace their power of choice, and to create a great life.

If you’ve gotten this far, thank you so much for reading this. I wish you the best on your journey and thank you for letting me share mine. 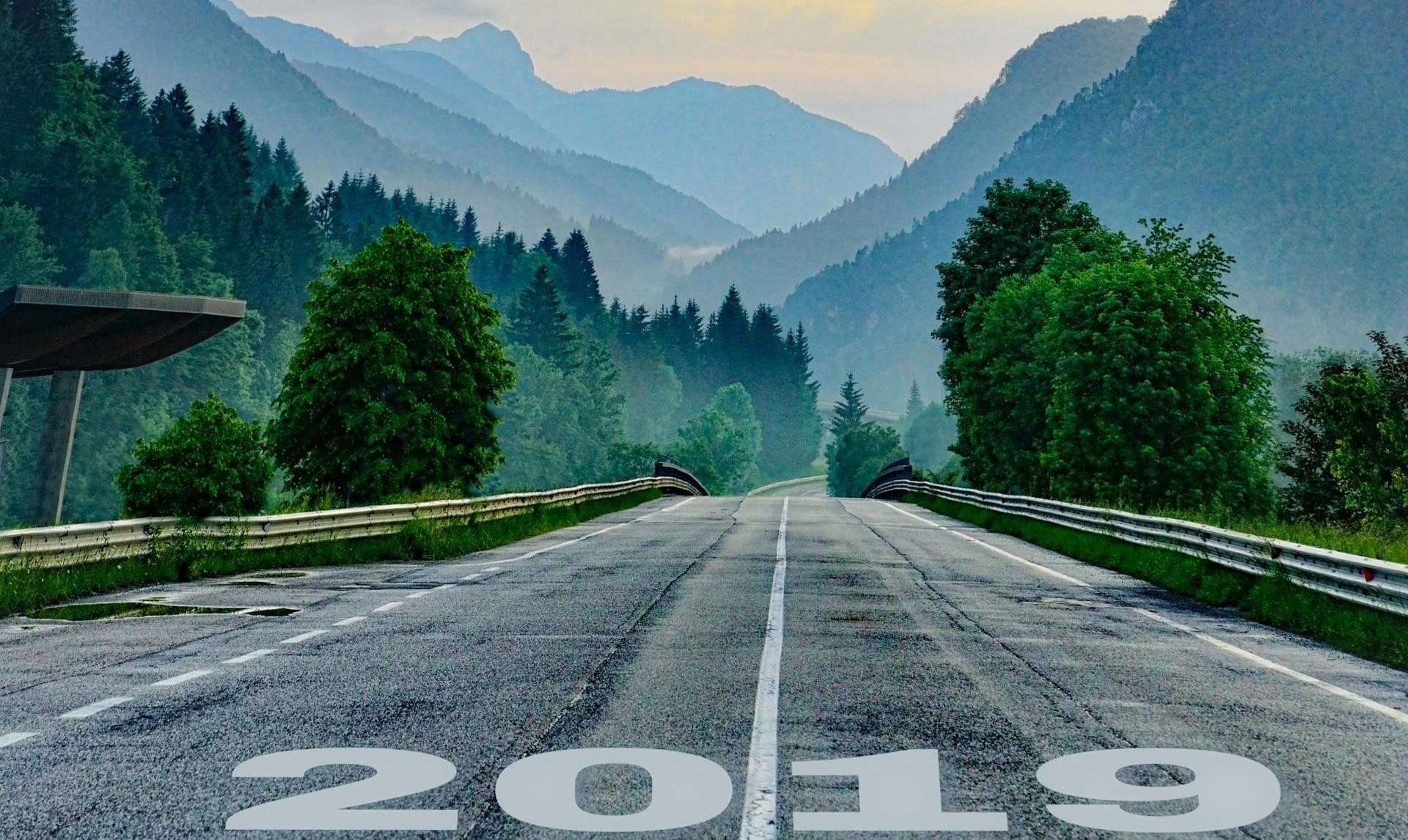 Your Future Is Looking Brighter Already

Simply enter your email in the box below and you'll have access to exclusive offers and insights from Craig Perra and his team at The Mindful Habit.